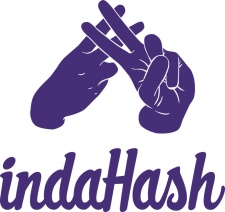 Barbara Sołtysińska is CEO and co-founder of indaHash.com, a global technology platform with offices in London, Berlin, NYC, Warsaw, Johannesburg and Singapore, that connects brands and agencies to over 300k digital influencers to create authentic, original branded content.

Prior to indaHash she founded  LifeTube, which is now one of CEE Europe’s biggest YouTube multi-channel networks (MCN). It gives managerial services to the biggest Youtubers.

Since launching indaHash in 2016, it now operates in over 70 global markets and influencers on the platform have a combined reach of over half a billion followers.

Influencer-marketing firm indaHash is launching a new cryptocurrency, the indaHash Coin, which it hopes will be used by brands to pay its network of social stars.

The company is hoping to capitalise on one of 2017’s big trends in the cryptocurrency world: startups minting their own digital coins and raising millions in funding outside the traditional venture-capital world through initial coin offerings (ICOs)

indaHash says its coins will be good news for its network of 300,000 influencers too, however.

“We want to tokenise the influencer marketing world and create a revolution in terms of brand cooperation and audience development, solving a wide range of issues and challenges between influencers, brands and fanbases,” co-founder Barbara Soltysinska told CNBC.

One of those challenges is payment: the company is pitching indaHash Coin as a way for its influencers to get paid for branded posts as soon as they go live, rather than waiting for one or two months.

indaHash isn’t the only company exploring the idea of bringing the worlds of cryptocurrency and influencers together. Live-video app YouNow is launching a spin-off app called Rize, which will run on its own ‘props’ tokens.

indaHash is launching its pre-ICO on 8 November, when we’ll find out if there’s a demand for its new cryptocurrency from influencers and brands alike.