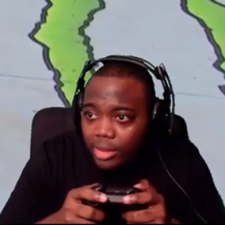 In an extraordinary effort to avoid violating guidelines, YouTuber and Twitch streamer AJ Lester managed to stream the entirety of the weekend's UFC 218 broadcast, on Twitch itself.

Of course, he wasn't allowed to do that. So to navigate around both Twitch's and the UFC's restrictions on broadcasting copyright material, Lester pretended he was playing EA Sports UFC 3.

The streamer created a bizarre and apparently believable setting in which he streamed the fight as normal, but sat with a controller and 'played' along with the fights, as though as he was simply enjoying a video game.

Footage of Lester running the stream went viral, attracting attention from a number of MMA sites.

While this spirited initiative was seen as heroic by both gaming and UFC fans alike, it's unlikely that Twitch will be overly pleased about the flagrant rule-breaking.