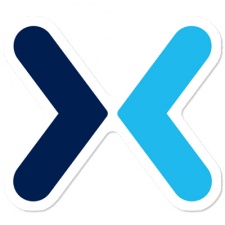 Microsoft’s growing streaming platform Mixer says it can benefit from positivity as the consequences of toxic behaviour are gradually dawning on its rivals.

Both YouTube and Twitch have recently expressed their intention to double down of channels that behave negatively, leaving creators on both platforms nervous about not only their actions but the actions of their audiences.

The fact that rules which govern this conduct are evolving so rapidly is a hinderance, too, as it leaves creators nervous that what is working for them today could come back to bite them tomorrow.

Mixer, in contrast, already has a set of rules in place that ban a number of viewer behaviours. These include potential bans for making fun of other community members, mocking creators for their physical appearance, submitting false reports against a streamer, repeating sexual comments having been asked to stop or telling anyone to kill themselves.

Of course, Mixer is helped by the fact that it is comparatively small, with its 10m monthly active users paling to Twitch’s 100m+ and YouTube’s 1.5bn.

“When we started Mixer, working with streamers and working with content creators, one of their key feedback points was wanting to know what’s going on with the platform,” Mixer co-founder James Boehm told Polygon.

“’We want to understand the rules, we want to understand what we can and can’t do.’ When we took to drafting our conduct and terms of service, we wanted to make it really clear what was okay and what was not. That way we could build a community that everyone could partake in; they knew the rules, knew how to behave. That’s translated into a community that has grown and become increasingly positive, which is something people are noticing, as we saw last week.”