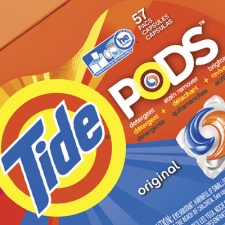 America’s biggest advertiser Procter & Gamble has said its brands will resume advertising on YouTube after a year away from the platform.

P&G had previously withdrawn from the network after concerns about inappropriate content. Indeed, the company’s decision a year ago arguably sparked the beginning of the ad exodus that Google has been fighting to stem ever since.

However, despite ongoing concerns about extremely problematic content, Bloomberg reports that P&G has told its owned brands such as Crest and Tide that they are now permitted to book YouTube ad space.

The company will enforce some additional restrictions, however, most notable of which is the stipulation that ads will only run on videos that the company itself has vetted and approved. Essentially, YouTube itself has not been trusted to police the situation independently.

P&G also expects the pool of channels on which it will advertise to be limited to around 10,000. Previously its ads had appeared on around 3m different channels.

“We paused advertising, and for the past year, we’ve worked extensively with YouTube to improve brand safety,” P&G spokesperson Tressie Rose said. “We now feel the right measures are in place for P&G brands to have the option to advertise on YouTube.”

YouTube added: “We appreciate the partnership with P&G and look forward to continue working with them.”

A CNN investigation last week discovered that, despite the repeated assurances that the company is getting to grips with the problem, YouTube advertising continues to run alongside racist content.

The platform is still regularly running ads for over 300 companies including Disney, Amazon, Adidas, LinkedIn, Netflix, Mozilla, Hershey, The New York Times, Cisco, Hilton and Under Armour on channels whose content include white nationalism, Nazism and paedophilia.