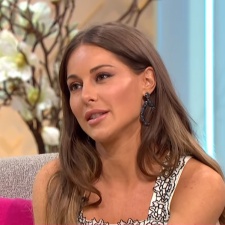 Reality TV personality Louise Thompson has been criticised for failing to disclose a sponsorship in a recent Instagram post.

Thompson has an Instagram account with over 1.1 million followers. She recently posted photos of a beauty product from Vanity Planet to her Instagram Story, with tags directing her fans to the product's online store.

The Made In Chelsea contestant was caught out by an advertisement watchdog and has been issued a 'warning' for not disclosing the partnership between herself and the aforementioned brand.

This exact breed of irresponsible marketing is exactly what caused UniLever's Keith Weed to kick off earlier this year. Weed said that "urgent action" is required before an irrevocable breakdown in influencer trust occurs.

"Their [influencers] power comes from a deep, authentic and direct connection with people, but certain practices like buying followers can easily undermine these relationships. We need to take urgent action to rebuild trust before it’s gone forever." Weed said.

"This is a classic example of a brand just gifting product and providing payment without properly briefing the influencer, which allows for authenticity but also ensures they follow industry best practice, to protect themselves." Brooks said.

Companies and agencies alike are working hard to crack down on disclosure. So much so, that a UK government body has started looking in to influencers and their disclosure methods.

The ASA has clear advertising codes directed at social media influencers, stating that affiliate marketing should be "obviously identifiable". Not doing so is a breach of ASA guidelines and will subject influencers to further action.

A lack of disclosure also breeds mistrust among consumers. In a recent study by Bazaarvoice, it was discovered that almost half of consumers want stricter advertising regulations for sponsored products online.