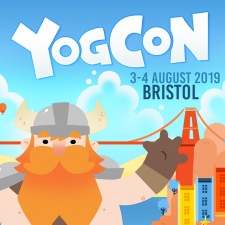 Content creator group The Yogscast has unveiled YogCon, a two-day consumer event for fans of the company.

The convention will take place between August 3rd -4th at Motion, in Bristol.

YogCon promises to be a mix of shows, panels, community events and games, all tied together with appearances from Yogscast creators. Fans will have the opportunity to watch and meet their favourite creators across 12 hours of signings and 40 hours of livestreaming.

"There has always been a lot of questions from the community about whether we'd put on our own event. At the same time, it's something that we've always wanted to do and we've spent many years discussing," The Yogscast CEO Mark Turpin tells InfluencerUpdate.biz.

"But we're a content company and our focus has always been on making videos and streaming and working with all the creators within the Yogscast family, rather than putting on events.

"However, our partnership with Fourth Floor Creative means that they can organise the event but we can be intimately involved in the planning and execution, something that would have been very difficult if we were to work with another agency."

Fourth Floor managing director Rich Keith adds: "having worked as part of the Yogscast for five years before we launched Fourth Floor 15 months ago, I knew that it was something both the audience and the creators would be really excited by."

The Yogscast frequently make appearances at gaming events across Europe such as Insomnia and MCM, but this will be the company's first solo event.

"We've loved being at MCM, Insomnia, EGX, PAX and the other great shows. But the main reason for being there has always been to meet the fans and so a YogCon feels like the perfect way to do that," says Turpin.

"Our focus is on putting on a great event for the people who have supported us."

Keith adds: "we're not looking to put on a normal gaming convention and we don't see YogCon as competing with those other shows. This will be much more of a festival and a chance for the Yogscast community to meet each other and we'll be making sure there is plenty for them to do, as well as watch the guys perform and getting the chance to meet them."

Tickets for YogCon will be released soon, and there's only 800 of them available.