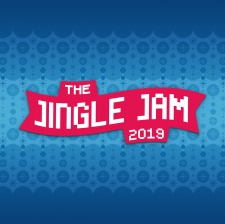 The Yogscast's annual Jingle Jam kicked off this weekend and has already raised over $500k in less than 24 hours.

The Jingle Jam starts on December 1st every year, a long-standing tradition in the Yogscast office. Now in its 9th year, it'll see creators and staff across the company take part in a series of Twitch streams and activities to raise money for various charities.

Fans can also purchase a Jingle Jam Humble Bundle, which includes 25 games. For $30, donators will receive a new game every day, and all of the proceeds will go to charity.

Last year, the Jingle Jam racked up $3.3m throughout the duration of the event. Since 2011, the company has raised $14.9 million for charity with its Jingle Jam efforts.

The Jingle Jam allows for some much-needed revelry after a difficult year for The Yogscast. July 2019 saw three members of the company depart over sexual harassment allegations - including long-term creator Paul 'Sjin' Sykes and company CEO Mark Turpin. October also saw Hannah 'Lomadia' Rutherford leave the Yogscast network after 10 years, though her departure is not linked to the allegations.

In the midst of these departures, The Yogscast also hosted its first event - YogCon. Despite the turbulence caused, the company managed to put on a successful event for fans at Bristol's Motion.

To catch all the action from this year's Jingle Jam, head over to The Yogscast's Twitch channel, where live broadcasts and a schedule of events can be found.

Half a million dollars for charity everybody!!!!!! #JingleJam2019 pic.twitter.com/eSykG00DhW