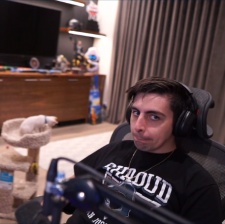 Another one of Twitch's biggest streamers has left Twitch in order to stream exclusively on Mixer.

Michael 'Shroud' Grzesiek made the announcement on Twitter this evening. No other details were released, but the streamer did share a quick promotional video starring one of his cats.

The 25-year-old is a former Counter-Strike professional, who competed as a part of esports team Cloud9 between 2014 and 2018. In April last year, Grzesiek stepped down from Cloud9 and professional CS: GO to pursue streaming full time.

While he plays a variety of games, the Shroud channel is mostly dominated by battle royale titles such as PlayerUnknown's Battlegrounds and Apex legends.

“I have been holding on to this for quite some time,” Blevins said at the time of the announcement.

"I’m just super excited to let everyone know. I’ll be streaming on Mixer full-time now and I’m honestly at a loss for words. I’m freaking out in the best ways. I feel like I’m going to get back to the streaming roots.”

Both Grzesiek and Blevins were part of a group of Twitch's elite streamers. Grzesiek's channel has consistently shown up in the top 5 channels on Twitch this year based on the number of hours watched.

During Q3, Mixer saw a huge surge in users and viewership. The platform saw almost triple the amount of hours streamed compared to Q2, which suggests that more streamers are checking out the platform than ever before.

Microsoft's Mixer rolls out ads for the first time, but the revenue won't go to streamers yet