Roadblocks and Roadhogs: The Rise of Overwatch Central 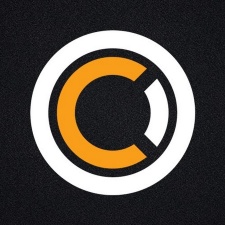 It’s been a rollercoaster year for Overwatch Central. The channel, set up by creators Ryan Horton and Markus 'Mysca' Gür, launched in early 2016, to coincide with the launch of Blizzard’s latest multiplayer opus - Overwatch. The title has enjoyed a groundbreaking amount of success over the past year, and with that, so have this young duo.

Overwatch Central's subscriber count sits at a hearty 328k, and the pair have recently partnered with The Yogscast network. We caught up with Horton from OC to chat about his year, becoming a full-time creator, and the limitations faced when your livelihood is built around a single brand.

InfluencerUpdate.biz: In a nutshell, what is Overwatch Central all about?

Ryan Horton: Overwatch Central is exactly what it says on the tin, really. It’s predominantly a channel that focuses on Overwatch news, hot topics, updates, and insight from pros and other people in the community. Surprisingly, there’s a lot of hidden depth to the game that we can release videos on a daily basis and still have plenty to talk about.

How did Overwatch Central get started, and what made you want to focus solely on Overwatch?

I think everyone has games that they’re looking forward to, and this was mine and Mysca’s. Mysca got in touch with me saying he wanted to make some Overwatch focused content, but we didn’t really expect anything to come of it. But, there was so much people wanted to know about the game, and Mysca and I both had a lot of experience with making videos.

You do also limit yourself by choosing to make a channel on one game, a lot of your success comes from the success of the game, however I feel that's what people like with content on YouTube nowadays. They like the idea that they know exactly what they're going to get with a channel when they subscribe, and that’s what we wanted to provide.

Did you have any idea that Overwatch would be as successful as it is?

Not to the level that it has been. I think people were expecting it to do well, but we realised around the open beta that it was going to be one of those really popular games, and it still is.

There is maybe an element of people getting burnt out and not playing anymore, which is healthy in a lifespan of a game, it happens with World of Warcraft, players take a break and then they come back.

YouTube is a test of sustainability, self-discipline, and doing it for the right reasons.

We certainly didn’t think it’d be at the level where the game has sold 30 million copies worldwide, and there’s an entire eSports league dedicated to it.

Is there a struggle to contend with other channels doing what you’re doing?

A series that we do that stands out from other channels is our master guides. Obviously Msyca and I can’t play every Overwatch hero to a professional level, so we seek out the pros and interview them for the channel. For instance, there’s a famous Twitch streamer called EeveeA, who plays nothing but Mercy.

So when it comes to advice on Mercy, there’s no-one better to talk to. So, we’ll chat to the big names surrounding each characters, and our audience appreciates that additional insight.

I used to find it frustrating that there’s so much competition, and I think it’s easy to slip into that mindset. But, if you’re constantly comparing yourself to other channels making similar videos, you won’t fully enjoy what you’re doing. What you have to remember is that we’re all in this high tide, and all of our ships are being raised here.

How do you structure your work days? Has evolving from being a hobbyist channel to a full-time one with an office space been difficult for you?

It’s fair to say our structure has changed a lot over the past 6-8 months. I was a guy that enjoyed my mornings; I’d probably start working around 2pm. Nowadays, I get into the office around 10:30am, which isn’t something I HAVE to do, but something I make myself do.

I find that working from home you end up in this rut, where you’re never really truly working, but you’re never truly NOT working either.

How do you make running a channel sustainable? Given the recent changes to monetisation and YouTube revenue, do you think you’ll be forced to advertise in other ways?

There’s obviously an element of truth to the Ad-pocalypse, but I also think a lot of it is emphasised. We’ve not really had any trouble with demonetisation, but it’s definitely a problem for other people. I do think there’s still as much opportunity to make a living off of being a YouTuber; if you’re being deterred by the amount of money you’re making, you’re probably doing it for the wrong reason.

YouTube evolves just as much as any other medium does, and you have to make sure you’re making the kind of content you want to make. I don’t feel like we’ll have to look at other ways to advertise any time soon, and I think YouTube is still as accessible as it was.

What were the biggest roadblocks for Overwatch Central, and how have you learned to overcome them?

There was a period just after launch where we weren’t quite sure what to do. We’d grown a love for Overwatch but weren’t really big on the ranked/competitive side of stuff. For me personally, a big roadblock was trying to stay ahead of the curve in competitive Overwatch. I was concerned about being part of this big YouTube channel giving out guides and advice on how to play, and my rank not being good enough to back it up.

Another thing I struggled with is the transition from being a part-time channel, to this being my full-time job. There’s always a worry that when something becomes your job, your passion will burn out and you’ll become less interested in the things you’re doing. I managed to find a balance with Overwatch; with it being a game that I want to play recreationally and enjoy, to it being my job that I have to do every single day.

How are you coping with being an Influencer? Not just with YouTube, but with being under the Yogscast brand, hosting events, and managing your social media presence?

We’re in the perfect situation where people know the channel and the Yogscast name, but don’t necessarily recognise myself or Mysca, which is a blessing and a curse.

Of course, there are times where you’re walking through a convention and you hope people will stop you; it’s just a nice feeling when people know and appreciate your work. But on the other hand, it’s nice to be able to wander around freely, mix in with the crowds, and not need the security measures that the Yogscast have in place.

As far as PR goes, I think Twitter is our main go-to, there’s times where I’ve struggled to control my social media and wanted to lash out about certain things or rant, but I can’t, because there’s so many eyes on you and so much can be taken out of context.

We know you currently have a sponsorship deal with HyperX - how do you distinguish between good and bad brand deals?

Ultimately for us, we’re a very niché channel, so we only really want to work with companies that we feel our audience would be interested in. HyperX are a good example - they make great peripherals and they’re good to work with.

I think the difference between a good brand deal and a bad brand deal is just whether it’s appropriate for your audience, and how it’s put across. We want our viewers to see it and want to check it out, rather than fill out content with obnoxious hashtag ads.

What does the future of Overwatch Central’s brand look like to you? Where would like to go from here?

I think the Overwatch League poses some good opportunities for us, especially with them having a team based in London. I’m a fan of sports journalism, which ties in to eSports, so I’m looking to get involved with that in whatever way I can. But for Overwatch Central itself, sustainability is our main goal.

We want to grow our audience, reach more players, keep our nose to to the grindstone with the game, and generally continue to make the kind of content we love. It’s a mix of same old, and looking at other areas we can reach into, as Overwatch continues to expand.