YouTube's Biggest Titles - which games were racking up the watchtimes this year? 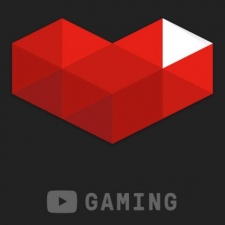 It’s been an interesting year for game trends on YouTube. There’s been some surprising peaks and some even more surprising drops in titles that have been triumphing year after year.

A recent study by Matchmade has highlighted the titles that have been pushing YouTuber’s buttons over the past 12 months. And of course, the titles that YouTubers have lost interest in.

These charts about game titles are based on videos that have more than 5,000 lifetime views. In real life videos accumulate views over time. In these charts Matchmade has assumed that all the views happen on day of the release.

Check out the study below.

This graph shows that online multiplayer titles such as DOTA 2, CS:GO and Overwatch have had a steady year, with only small drops in interest towards the end of the year.

FIFA’s yearly game usually releases at the end of Q3, and as expected, it’s seen a rise in popularity towards the end of the year.

Grand Theft Auto: V’s popularity on YouTube has begun to wane; the graph shows that its view count has sunk right down to FIFA’s level, though that's still not a bad place to be.

However, the most astounding statistic was the very significant drop in Minecraft’s popularity during Q3. Minecraft is still millions of views above every other title and will continue to be, but Matchmade’s study shows an astounding plummet in views at the end of Q2.

During that time, YouTube was experiencing its ‘ad-pocalypse’, a movement that saw a flurry of brands pull their advertisements from their platform. Some Minecraft channel owners may have potentially expanded to other titles as a result, though it's not clear if this is the case.

The drop could also suggest people are gradually losing interest in Minecraft as other titles become more popular.

Clash of Clans has been bouncing around extensively; the game suffered a slight dip at the start of the year, had a couple of summer peaks and then settled again just above the aforementioned titles.

Minecraft: Pocket Edition, unlike its console sibling, has had a pretty calm year, with no significant peaks or troughs in its popularity.

The most standout statistic on this report is Clash Royale. Like Minecraft, it sits millions of views apart from other mobile titles, but has seen that same drop in popularity after July.

Again, it’s fair to assume that due to sheer volume of content, Clash Royale may have suffered blows from the ad-pocalypse and channel owners moving over to other titles.

There's a strong sense that the bigger titles are going to by hit hardest by the number of advertisers dropping out of YouTube, this year and next. Controversy surrounding supposed 'Child-friendly' content has led to a purge in videos with certain tags. Of course, YouTube's monitoring system isn't entirely accurate and the tools are marking a lot of safe content with that big yellow 'unsuitable for advertisers' sign.

Titles like Clash of Clans and Minecraft are still leagues above everyone else and there seems to be no sign of a struggle, but those drops are a sign of the times. The influencers pushing these titles to the platform may look to covering other games, leading to an overall drop in coverage for those bigger titles.

Creators may be hard-pressed to actually make a profit on YouTube if the purge continues. YouTube is far too large to be overtaken - but there are alternative platforms. Twitch is still on the rise, and Facebook is looking pretty lucrative to gamers after the launch of its new creator support system.