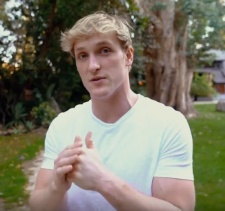 YouTube star Logan Paul has released a video on his channel for the first time since January 3rd.

The video is a different flavour to his usual content. It's a short documentary featuring people sharing their own experiences of suicide.

The video then goes on to list the five steps that the Prevention Hotline promotes as a guide to help those who are considering suicide.

Paul also shares the story of Kevin Hines, a filmmaker who jumped off of the Golden Gate Bridge in a suicide attempt and survived.

This new short, informative video shows that Paul has done some research on the subject of suicide, and is now trying to educate himself and others.

The vlogger has been under fire for a number of weeks after he filmed a dead body and uploaded it to his YouTube channel.

Since then, he appears to have educated himself a little.

In the video, Paul is asked whether he knew anyone who's ever committed suicide. His response was "No. My ignorance on the subject was part of the problem."

"While I don't think I can solve the problem, I can be part of the solution."

Paul then pledges to promote a cool $1m to various suicide prevention organisations, so they can increase their capacity to help those in need.

Watch the video below: