Logan Paul: 'I am a good guy who made a bad decision' 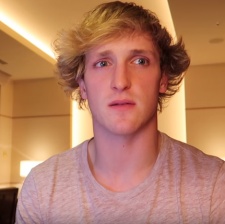 Vlogger Logan Paul has promised to learn the lessons from the reactions to his controversial suicide-forest video, in an interview with US TV show Good Morning America.

"I am a good guy who made a bad decision," said Paul, during the interview."This was a horrible lapse of judgment, and I can, will, and am going to learn from it and be a better person."

"I understand that they needed to take a stance," he said during the interview, which Good Morning America has posted in full on Twitter.

FULL INTERVIEW: YouTube star @LoganPaul speaks out, one-on-one with @MichaelStrahan. "I am a good guy who made a bad decision...I will think twice in the future about what I post." pic.twitter.com/5ju8WPA4HV

Paul also talked about the age of his audience, and the backlash so far from parents.

"I'm 22 years old. It's not like I'm making content necessarily for kids. Sometimes I cuss. Sometimes I make inappropriate jokes. I want to make jokes that kids my own age will like. I am my own demographic!" he said.

"Now I will say that I am much more aware of the impact that my actions have on myself and others...  I think parents should be monitoring what their children are watching more. Every parent I meet whose kids are under the age of 12, I go 'Hey! You let your kids watch my stuff?' And they go 'Yeah, what am I gonna do?'"

Research from British firm Childwise this week claimed that Paul is the most popular vlogger among 5-16 year-old children in the UK.