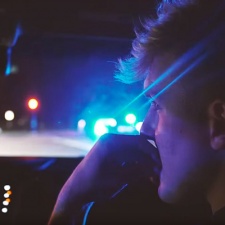 It’s easy to be cynical when YouTubers flip-flop between outrageous buffoonery and tackling serious issues, but credit should be given where it’s due when youngsters who yield tremendous influence try and do something good with it.

Jake Paul, brother of the slightly more infamous Logan Paul, has said that he wants to try and tackle America’s school shooting problem. In a level-headed and somewhat humble video you can see below, Paul is aware enough to realise that it’s not an issue he can solve on his own, but says he hopes he can help in some small way.

“I think the only thing I can do to help in this situation is go groundfloor, talk to a bunch of people that were in the shooting, outside of the shooting, teachers of the school, the Parkland County Commissioner, and figure out what needs to be done and give that message to as many people as I possibly can,” he said.

“I just wanna become homies with [the survivors] and just be there for them.”

Paul also asked why social media doesn’t take more responsibility for tackling the issue, arguing that if platforms like Instagram have mechanisms to detect and automatically ban pictures of nipples, for example, why the same can't be done for those posting selfies with guns?

Paul’s approach to the issue is simplistic and largely naïve, and it’s easy to poke holes in his sincerity – especially when you consider that he has a tattoo of an assault rifle on his thigh and has previously posed with guns in videos. After all, his brother recently made a video promoting suicide awareness and then went on to taser a dead rat.

However, we must remember that these kids are growing up and developing in view of the world. Remember how dumb you were when you were 18? And how much less dumb you were by the time you reached 25? Imagine if that process had been played out on the public stage, with every misstep and idiot muttering recorded for posterity and always there to be used against you. Actual nightmare fuel.

Paul is certainly not yet equipped to take the big issues with the grace and composure that they probably need, but at the same time he can connect with audiences that those who are perhaps better equipped cannot. Good on him.